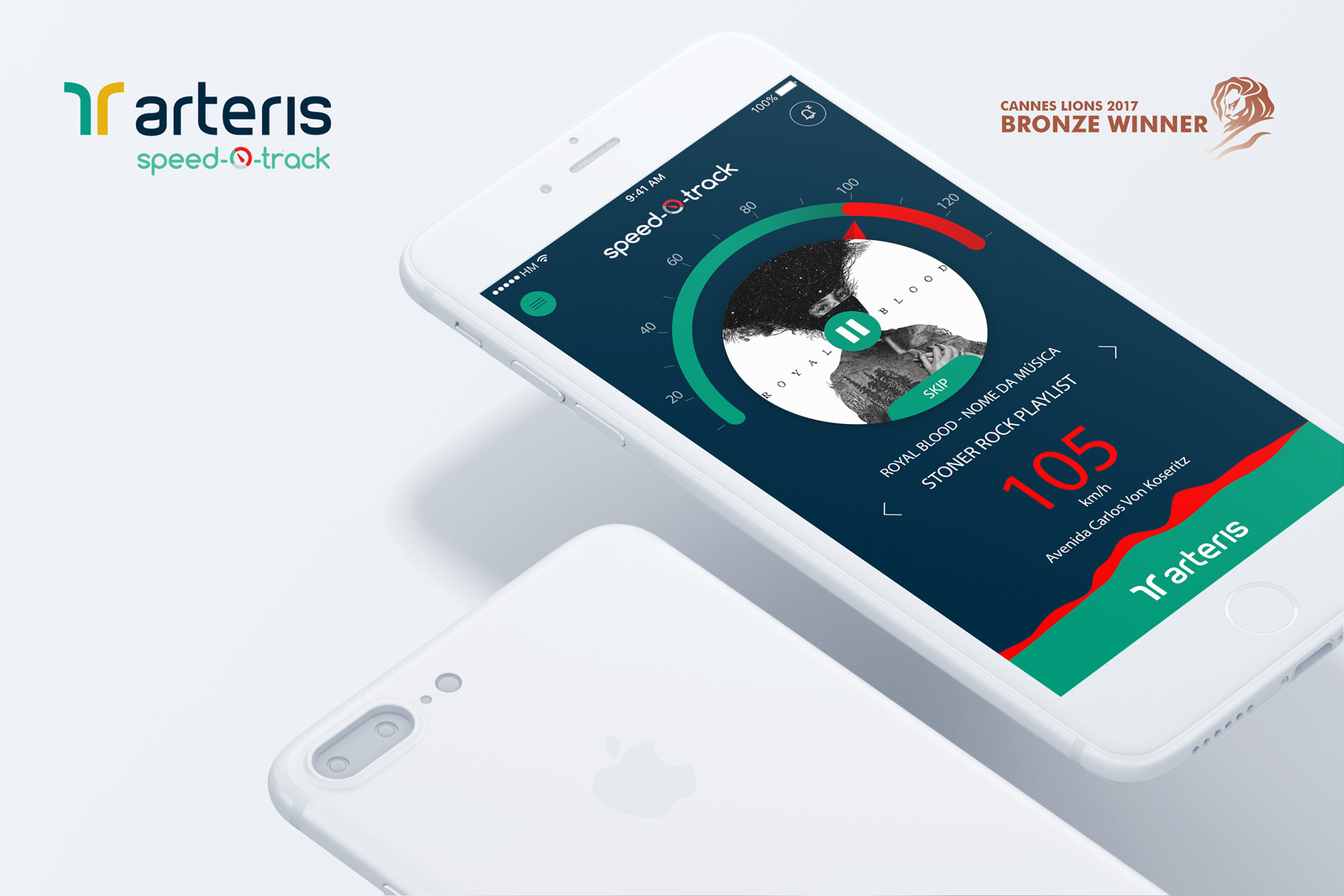 Created for Dentsu Brazil and Arteris, this is an app that utilizes Spotify and your and Google Maps that got a Bronze Cannes Lions Prize that I had the opportunity to be the Lead Experience Design through Isobar IWS Brazil.

The goal was to make the driver respect the speed limits of the streets and highways. In Brazil, traffic takes over 40 thousand lives each year. Many of these deaths are due to speeding. Arteris, the road concession company, wanted to fight this dangerous habit that drivers have. The problem is that none of them like to hear messages that mention accidents and deaths. 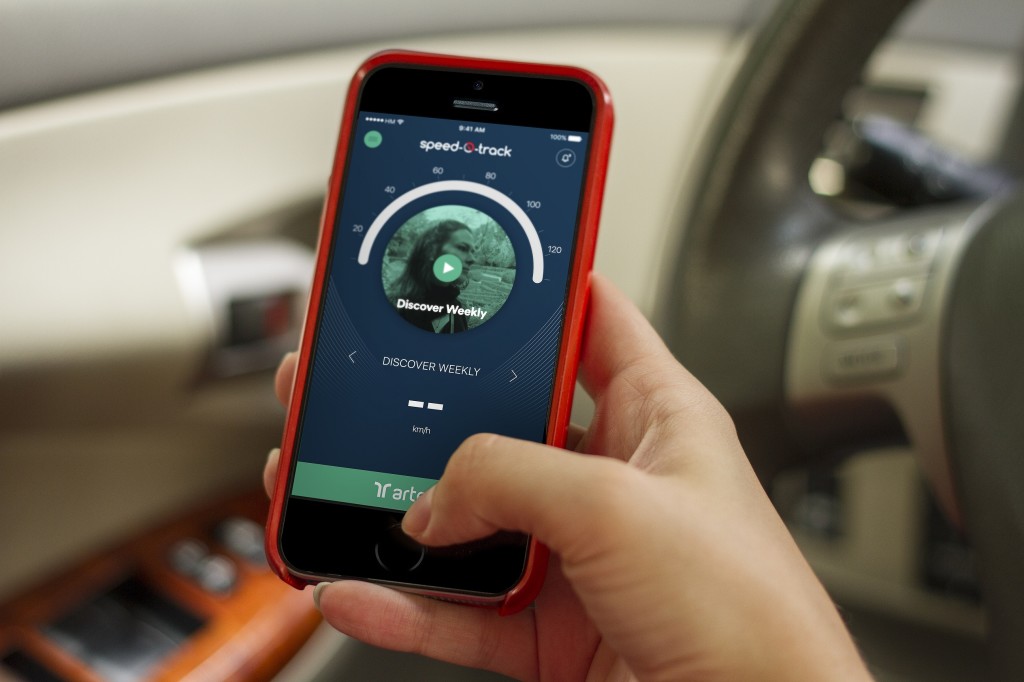 Speed-o-Track, the app that speeds up the songs if you exceed the speed limit. It works like this. The driver starts listening to a pre-selected playlist on Spotify with pre-authorized songs. When you exceed the speed limit on the road, this is what happens to the song…(SFX: Rock song starts as normal, then sounds like it’s being fast-forwarded)The driver slows down and goes back to the limit. The music also slows down and returns to normal speed. 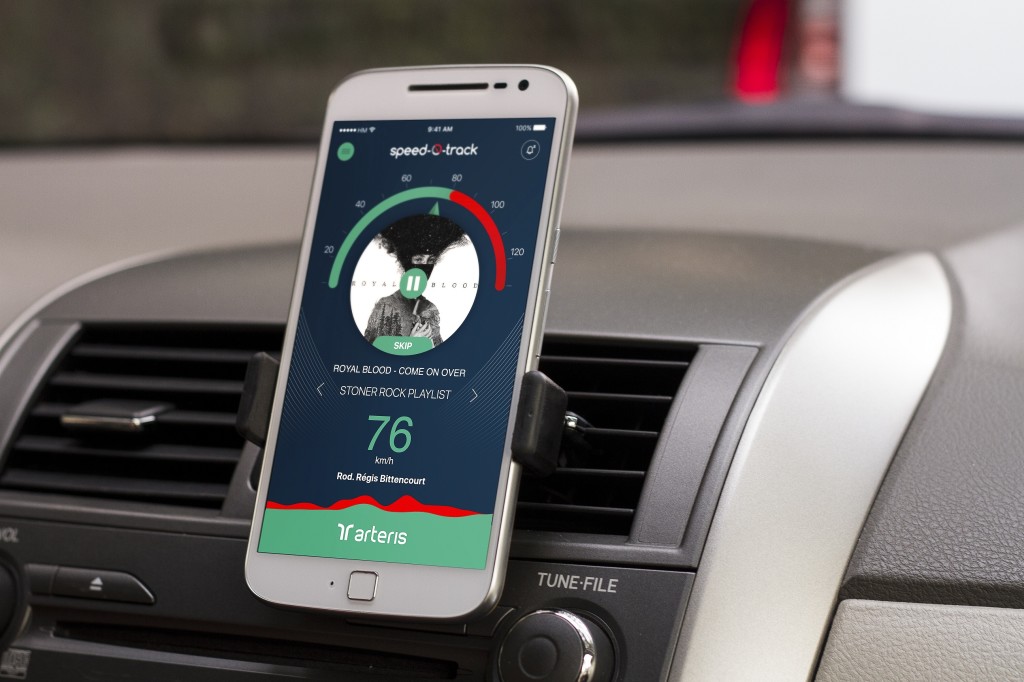 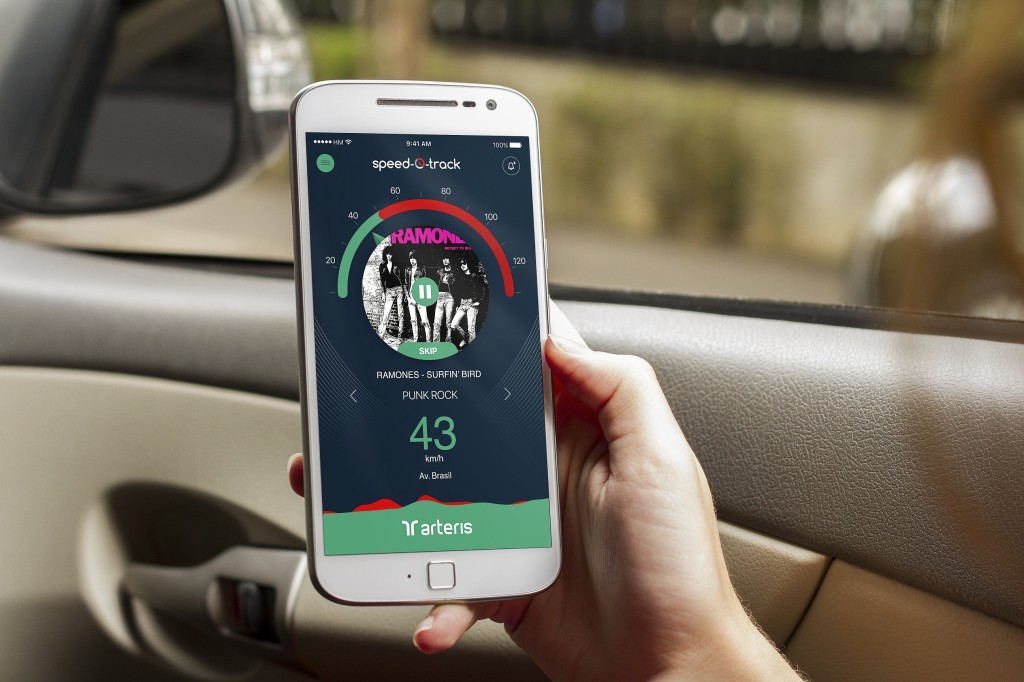 The interface was created to be used when driving, so the decisions that I took were focused on using bigger UI elements to reduce errors created by the environment.